The ECB (still) has one rule for banks & another for Greece 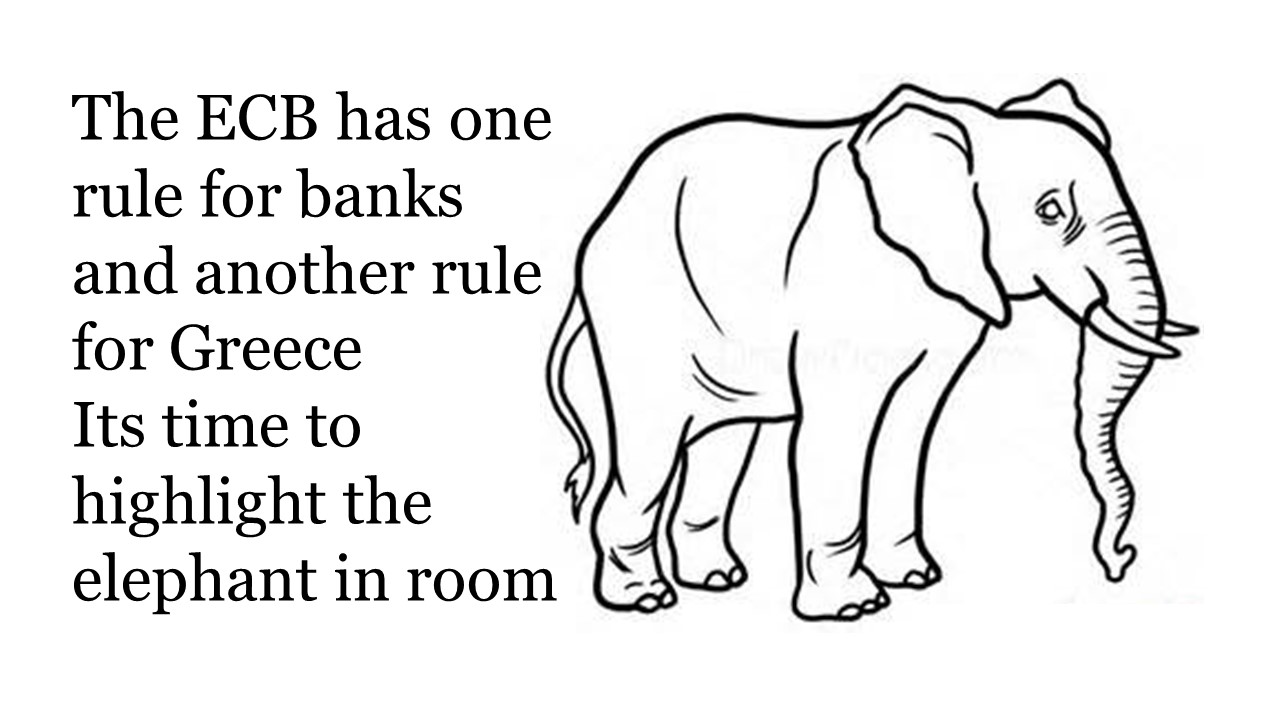 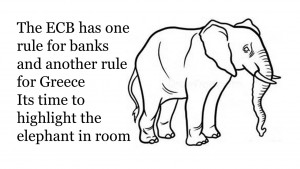 Ranjan Kumaran explains how the ECB is giving more money to the banks, whilst it still expects Greece to repay its unjust debts.

The ECB is currently bailing out European banks, through a new round of corporate QE. The backdoor bank bailout goes by the name of the Covered Bond and Asset Backed Security (ABS) Purchase programme.

Shining a light on this programme undermines the case that Greece operates on a level playing field. Whilst Greece is expected to stick to austerity – 90 % of Troika money is being used to fund the ongoing repayment of its creditors – in some cases the ECB may be repaid twice for their involvement.

The finer details of the QE include mortgage and public sector debt – loans to municipalities and PFI Infrastructure projects –as well as car loans and credit card debts. The ECB website states that some of the bonds are rated only just above junk.

I have asked the ECB which banks are involved, using a Freedom of Information request – they have thus far refused to tell me.

A Bloomberg article states the ECB are buying covered bonds from German banks. The ECB is printing money to help their friends and profit from irresponsible lending.

It seems plainly stupid that the ECB are supporting private banks by taking on lending that caused the 2008 financial crisis. This seems even more sinister given that they still expect Greece to repay debts created by the banks whose bonds they themselves are buying. Additionally, it is an affront to democracy that the ECB will not be transparent about who these back-door bailouts are going to.

For updates, announcements and events about this developing story look out for tweets from Debt Resistance UK & Financial Eyes; also, for a concise insight into the hypocrisy of the EU institutions and austerity narrative see False Dillemas by Corporate Watch.