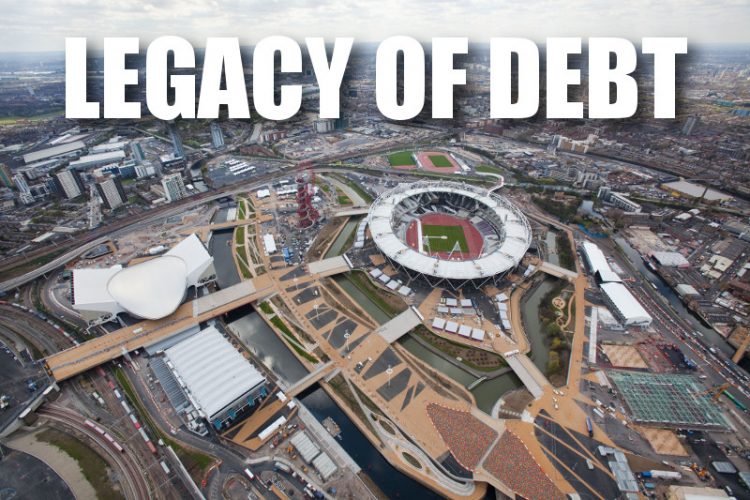 As always, please send any interesting debt-related stories to info@debtresistance.uk, tweet them @DebtResistUK or drop them on Facebook.

London’s Olympic legacy: a suburb on steroids, a cacophony of luxury stumps (Guardian) – “’As a board, we have to pay back the money we’ve borrowed to do the work so far, using land sales to the private sector,’ says LLDC chair David Edmonds. Pressed on why there isn’t a higher proportion of affordable rents across the park, he is frank: ‘We have yet to find an economic mechanism that provides that rent level.'”

Barclays CEO Jes Staley on Q2 2016 Results – Earnings Call Transcript (page 7) (Seeking Alpha – free registration required) – It’s not just local authorities that were caught out by LOBO loans. In the topsy-turvey world of banking, what seems like a good idea at the time (i.e. entrapping councils into risky, one-sided loan contracts) turns out to be a dumb move in the long-term. Not even the likes of Barclays foresaw interest rates dropping to 0.5% for such an extended period. The exact reason has something to do with yield curves and is way above my pay grade, but the upshot is that Barclays is highly motivated to restructure LOBO loan deals – as we’ve seen it do with housing associations recently. Other banks like RBS are less transparent but are presumably in the same boat. If only councils could admit their errors, conditions seem ideal for forcing the banks into a renegotiation using the threat of legal action.

Want to take action against LOBO loans in your local authority? Visit our #NoLOBOs site for more info.

And The There Were 3? Three Trials Over Financial Firm Audits Loom for Big Four Firm PwC (Naked Capitalism) – PricewaterhouseCoopers, until recently the auditors of Newham Council (LOBO loan debt = £563.5m) is facing three big lawsuits in the US for allegedly negligent audit practices. Settlement fees in such cases have become a cost of doing business for the cartel-like Big Four accountancy firms but the potential damages in these cases could be enough to capsize PwC’s US business. Is the accountancy business about to become even more absurdly concentrated?

Will encouraging people to get into more debt do the trick? (Positive Money, audio) – The recent stimulus package announced by the Bank of England – a rate cut to 0.25% and another £70bn of QE – is intended to get banks lending more money into the economy. But as Fran Boait of Positive Money explains on LBC radio, not only is this ‘more of the same’ policy doomed to fail, it also relies on increasing levels of private debt in an already debt-saturated economy.

Quarter of UK graduates are low earners 10 years after university (Guardian) – 25% of UK graduates earn just £20,000 a decade after graduating with an average debt burden of £44k. That’s one incredibly precarious graduate workforce which is easy for employers to exploit (e.g. via unpaid internships).

Student debt worries causing depression and alcohol dependency, new research finds (Independent) – “A staggering 63 per cent of students also told specialist student loan lender, Future Finance, they are worrying about their finances all the time or very often, something which is set to increase with the rise of tuition fees.”

It’s not just Scotland’s schools. The whole PFI racket is crumbling (Guardian) – The PFI scam is quintessentially neoliberal: privatise the public sector just enough for firms to extract huge fees, which can then be funneled to tax havens, but not enough for them to incur any of the risk or responsibility for providing decent services. Resistance finally looks to be going mainstream.