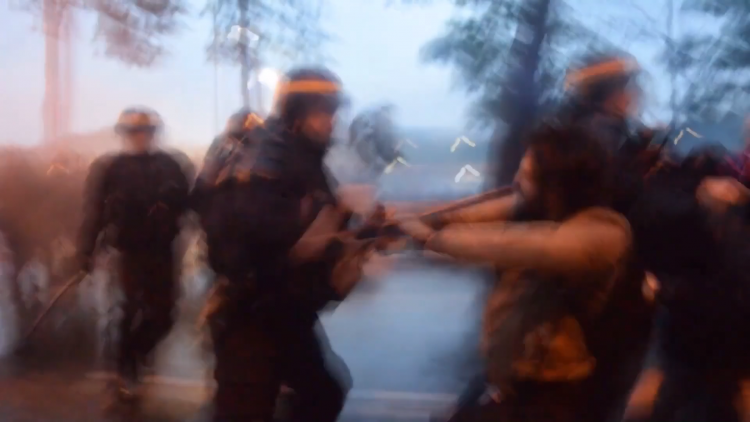 Bottom-Up Strategies for Debt Cancellation (DRUK – slideshow) – Vica delivered this presentation at the Zombie Economies event at Goldsmiths University this week. There’s no video/audio but the slideshow itself is an excellent primer on the different strategies and tactics being used around the world to resist the use of debt as a weapon.

Tuition-Free or Debt-Free College: Elizabeth Warren, Hillary Clinton, and Bernie Sanders Put Band-Aids on the Cancer (NakedCapitalism) – A long read outlining the policies of the Democratic front-runners for dealing with student debt. Spoiler: neither has debt cancellation in their plans.

Generation no rent: The students who say they can’t pay and they won’t pay (iNews) – No mention of escalating levels of student debt in this article (see Attention Deficit #1) but the growing student rent strike movement shows that resistance to the financialisation of education is possible.

Local community prosecuted for resisting Eldorado Gold’s Skouries mining project in Halkidiki – trial in Thessaloniki, Greece June 9th (soshalkidiki) – “This situation is not unnatural for a neoliberal government that unequivocally states that ‘investments will be protected at any cost’.”

Greek goldrush shows that Panamapapers are tip of the iceberg (Hellenic Mining Watch) – This post adds context, explaining how the IMF insists on fast-tracking these ‘investments’ as a condition of new lending.

Dark money group’s spending tops $714,000 against Puerto Rico debt relief bill (Sunlight Foundation, via Jubilee Debt Campaign) – US Congress is about to vote on a bill offering debt-relief to Puerto Rico, but the bondholders have large resources on which to draw for lobbying. But as this article (HuffPo) points out, the bill itself is far from ideal.

Why Labour should write-off the fictional Council housing ‘debt’ (Swindon Tenants Campaign Group) – A campaign to protect council housing in Swindon is pointing out that the ‘self-financing’ of local authority housing is destroying councils’ ability to provide new affordable housing. They’re calling for local authority housing debt, transferred onto council books in 2012, to be written off. I hope to write more about this soon.

Nuit Debout: Reality Check (WellRedFilms, Video) – This film charts the rise of the Nuit Debout movement throughout France, which opposes the tabled labour reforms and is exploring ideas of a basic income and debt cancellation. It shows how the protests, like those of Occupy, have been marginalised in the mainstream media and suppressed by an increasingly brutal and militarised police force.